We made it much easier to resolve things when you run into data issues from Airtable or Webflow. Upgrades include Suggested Actions for common error messages and Sync Logs.

It can often be difficult to under the error messages that come from apps like Webflow. To solve this problem, we added our own suggested actions to resolve the most common errors.

For errors with this link, you'll notice an extra blue box at the top of the Issue Details page. Here you'll find an explanation of the error, suggested actions, and any additional resources. 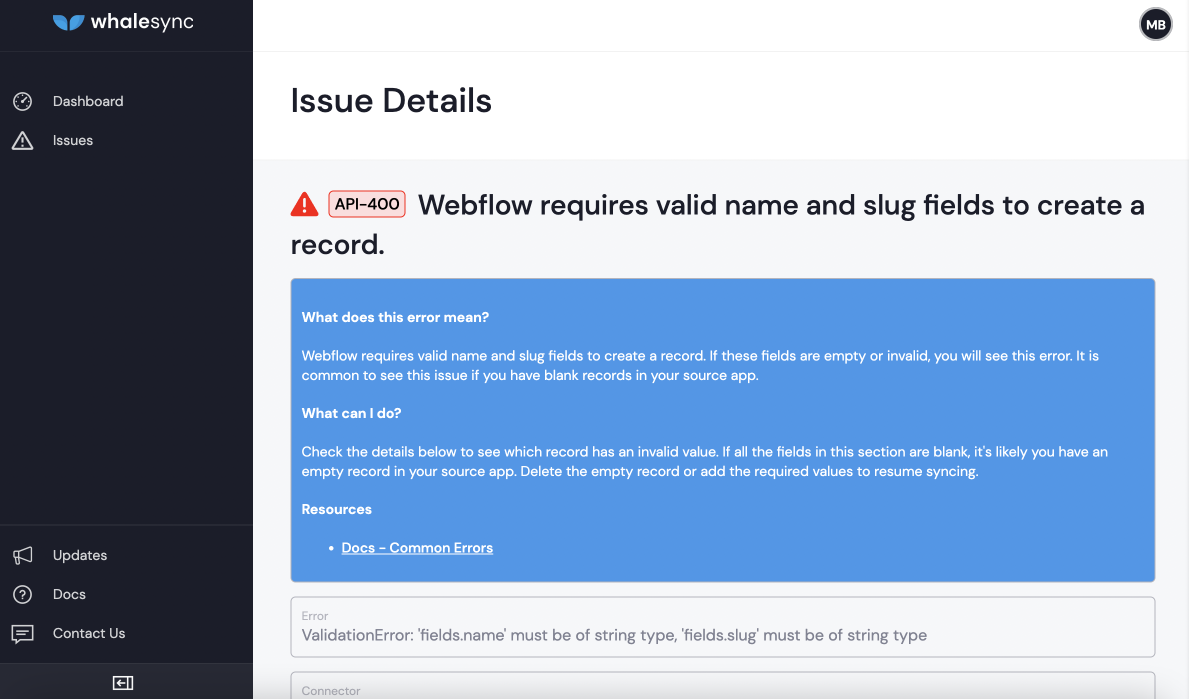 In addition to Issue Actions, we added a new page called Logs! Here you can see a running list of the latest successful syncs Whalesync has executed. 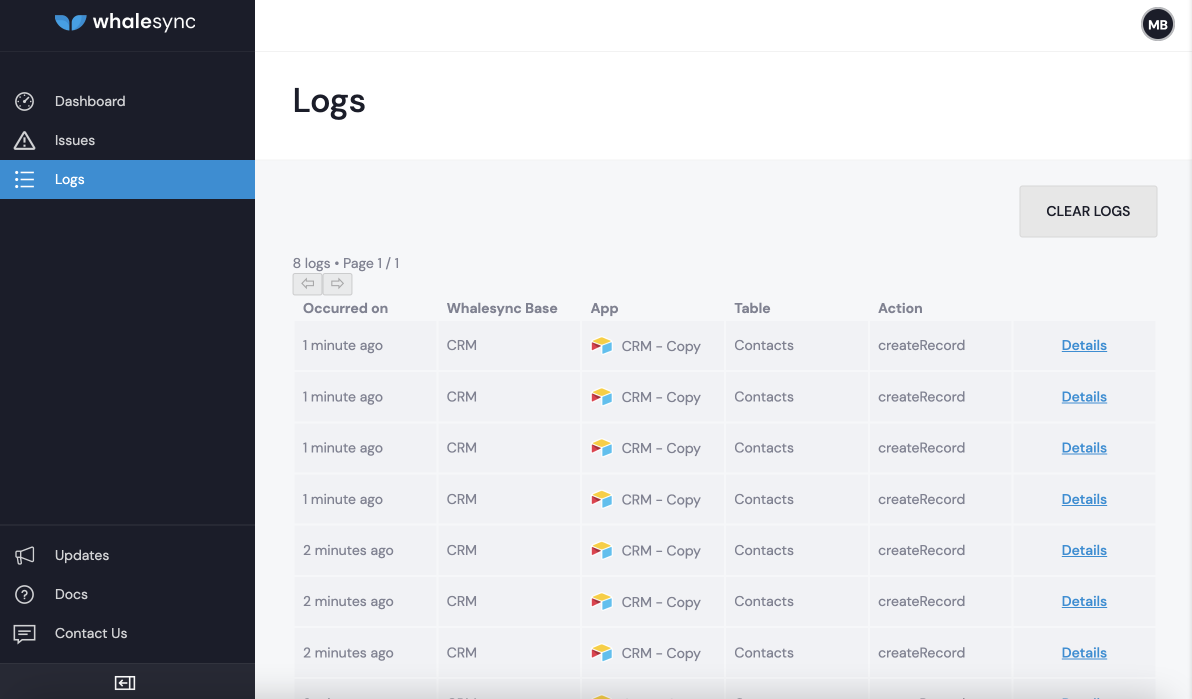 If a text field doesn't have data, it throws an error and doesn't sync to Notion

There was a bug in the Notion connector that stopped records from syncing if any of the text fields were empty. That is now fixed.